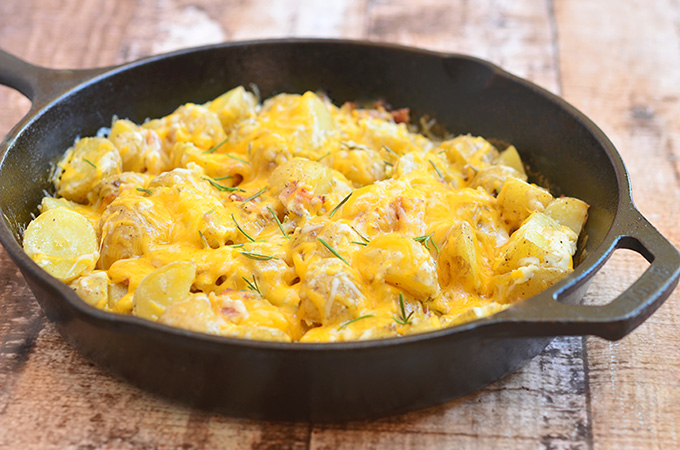 I was going to make ranch potatoes for lunch today but midway through the prep, I decided to jazz things a bit and amp up the flavor factor. I swapped the red potatoes with baby Yukon gold potatoes, whipped up cream cheese with the sour cream, added crisp bacon crumbles, onions, and garlic, and tossed in fresh rosemary for good measure.

Isn’t it amazing how a few simple switches can easily revamp a familiar recipe into a whole new dish?  These cheesy skillet potatoes turned out so tasty, they now own the top spot for the ultimate side dish in our house. 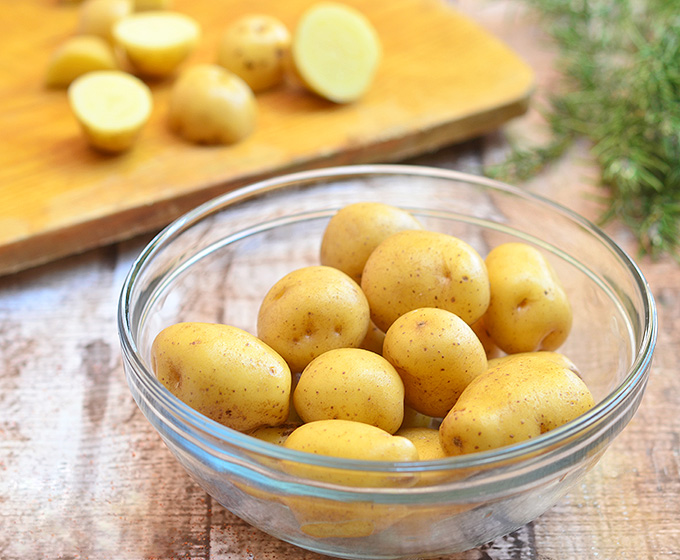 My friends, this cheesy potato casserole is the bomb! With fluffy potatoes, creamy sour cream sauce, piney herb scent, crisp bacon crumbles, gooey cheese, it’s the stuff side dish dreams are made of! Serve it with roasted chicken or grilled steak and you are in for an awesome meal ahead. 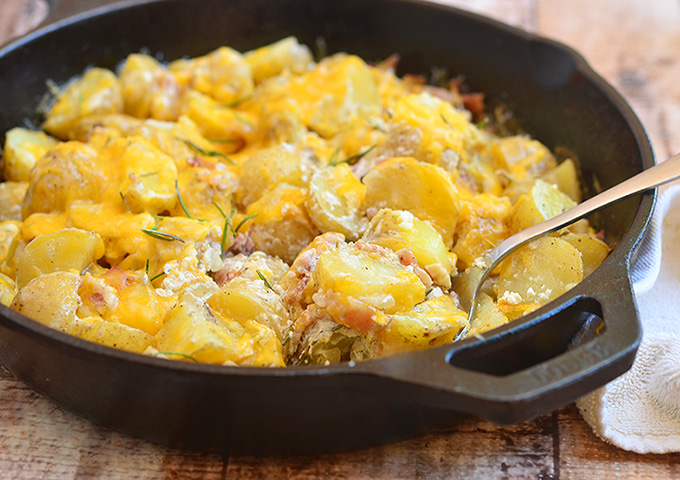 Tips on How to Make Cheesy Skillet Potatoes:

Looking for more potato side dishes? These potatoes are called crack for a reason and this mashed potato recipe is loaded with all the great stuff! 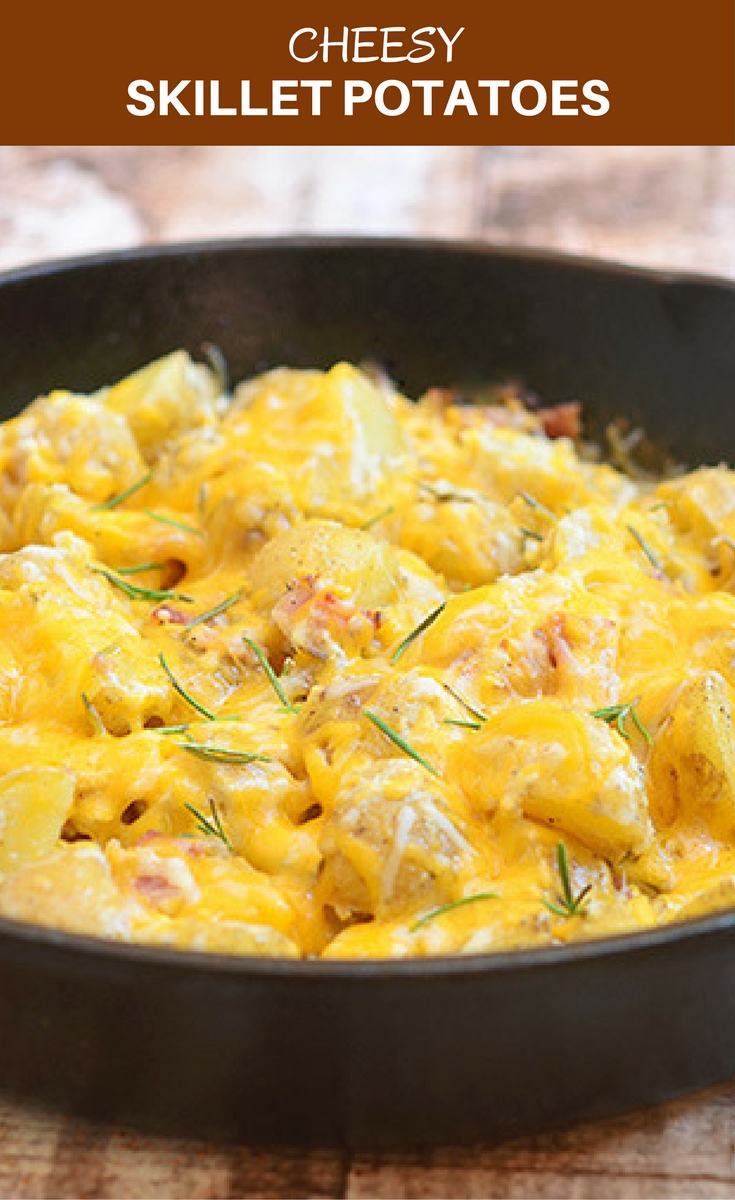