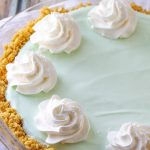 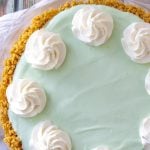 Frozen Margarita Pie with all the fun flavors of your favorite cocktail in kid-friendly dessert form! It’s a creamy and refreshing treat the whole family will love!

Although Fall is fast approaching.  there are a few more weeks of hot weather left. We’re still seeing 90-degree plus temperatures here in Southern California so it’s been mostly refrigerator cakes and no-churn ice creams for our sweet fix.

One dessert I made many times over this Summer is a cherry trifle called Heaven on Earth cake which proved to be very popular with you guys as well. It received such a warm response, I thought I’ll share another of my favorite icebox recipe. Frozen Margarita Pie! 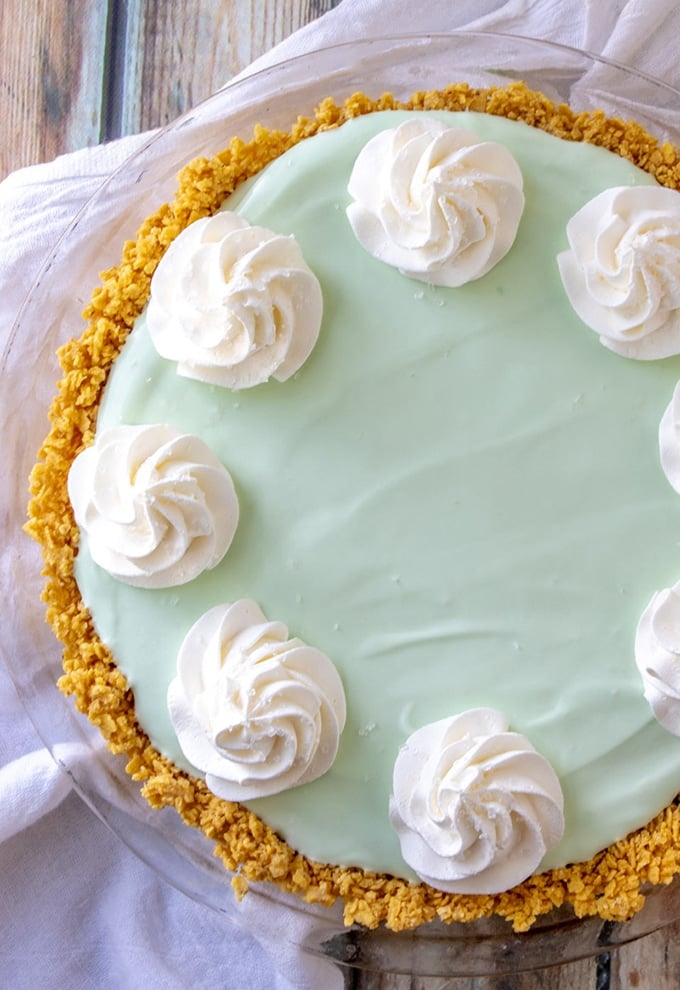 If you’re looking for a cool treat to beat the remaining heat, this cocktail-inspired pie is it! With a delicious medley of sweet, creamy and tangy, it’s a refreshing dessert everyone will be fighting over! And it’s so easy to make in five easy steps and no baking required.

How to Make Frozen Margarita Pie 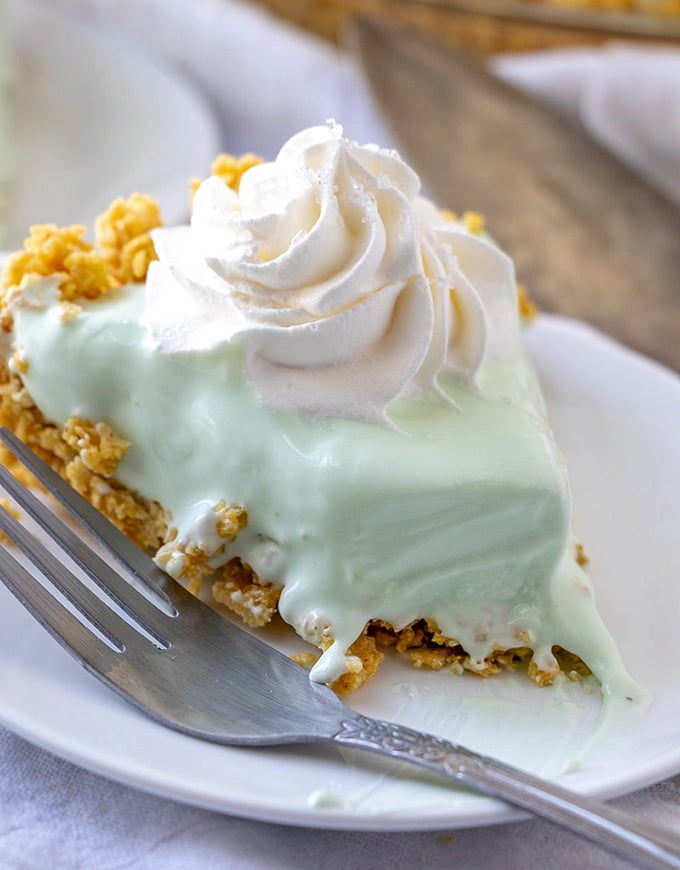 Despite the moniker, this version of Margarita pie is actually kid-friendly with no alcohol added. Limeade is used instead to mimic the taste of the popular cocktail.

You can however easily modify the recipe to suit grown-up tastes by substituting the orange juice with Cointreau or other orange-flavored liqueur and adding one to two tablespoons of tequila to the filling. Have fun! 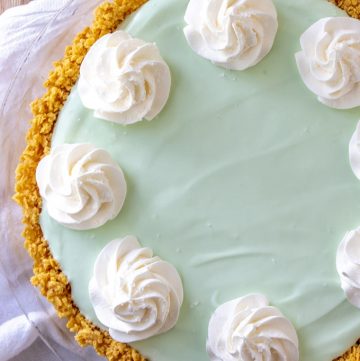 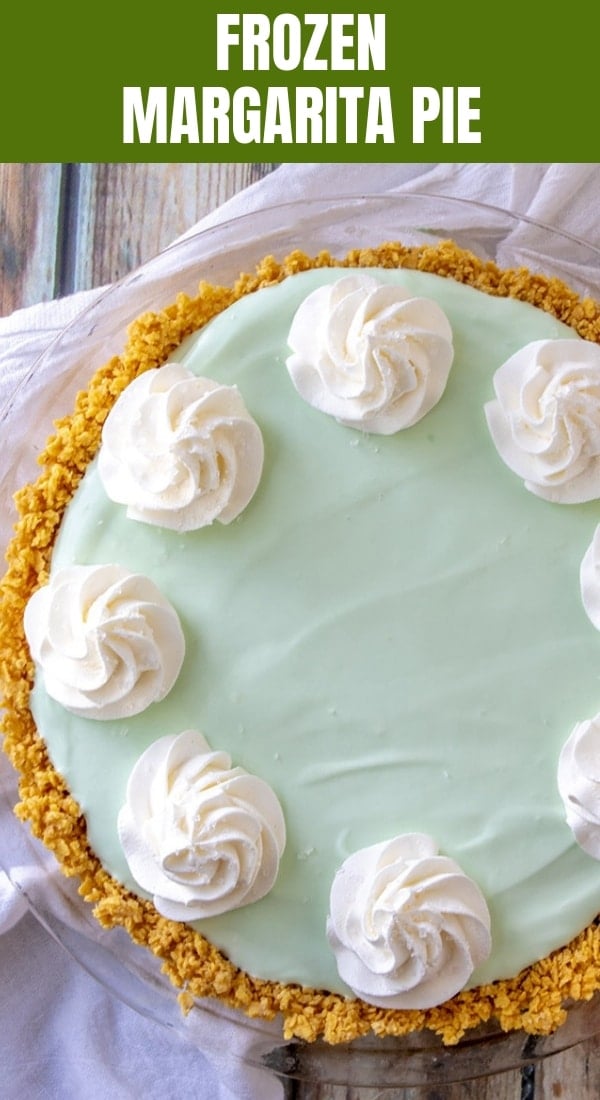 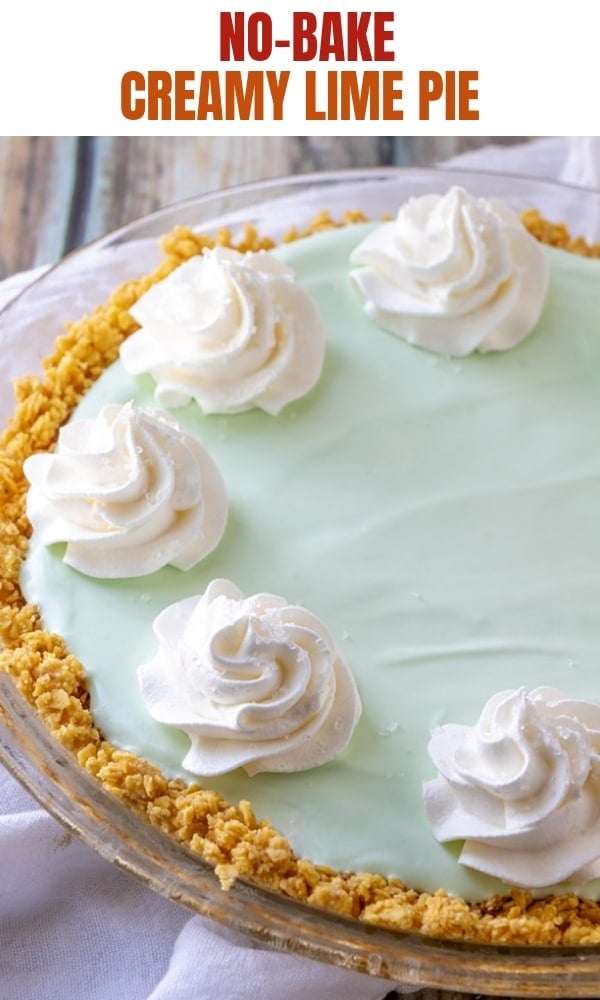