Jalapeno Poppers are stuffed with a mixture of cream cheese, shredded cheddar, and crumbled bacon and then baked until gooey and bubbly. Creamy and spicy, they’re like a party in your mouth!

One of the most shared and pinned recipes here at Onion Rings and Things is the bacon-wrapped cheese stuffed anaheim peppers I posted last year. Can’t blame ya, folks. With crisp bacon, cream cheese, and spicy peppers all in one bite, they’re pretty hard to resist. Seriously good stuff.

But as much as I love ’em, the preparation can be a hassle what with the seeding, the stuffing, and the wrapping.

G and I had a few friends over the weekend and since I expected the bacon-wrapped peppers to go like crazy, I had to figure out a way to make a good amount in half the time. Viola! These cheese-stuffed jalapeno poppers variation delivered the same explosion of flavors but required less amount of work. 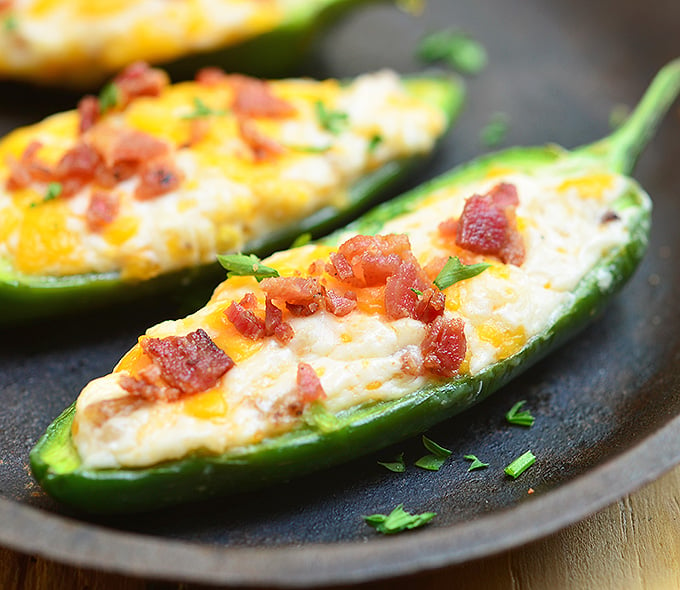 Filled with a mixture of cream cheese, shredded cheddar and crumbled bacon, they’re some of the best things I’ve put in my mouth lately. Food-wise, that is (lame attempt at a joke).

You can spruce up the cream cheese filling by adding chopped green onions for added color and texture as well as a few dashes of your preferred seasonings such as garlic powder or paprika for a smoky layer of flavor.

Make sure to make plenty, these Jalapeno Poppers disappear as fast you make them! You can also prepare a big batch and freeze for later cravings. Arrange the stuffed jalapenos in a single layer on a baking sheet, pop in the freezer until firm and then transfer to resealable plastic bags. When ready to enjoy, just thaw for a few minutes and bake as directed. 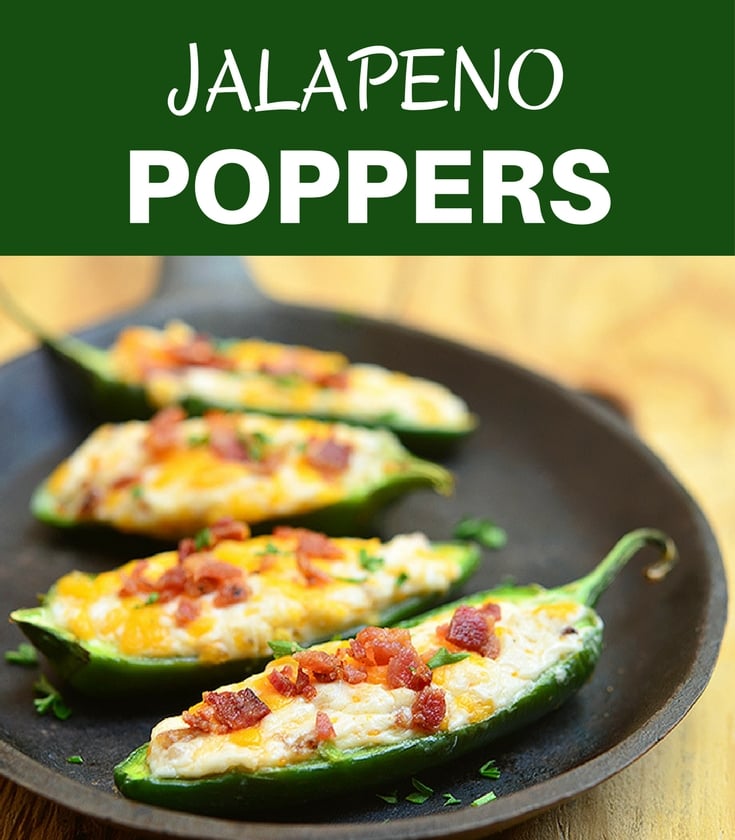